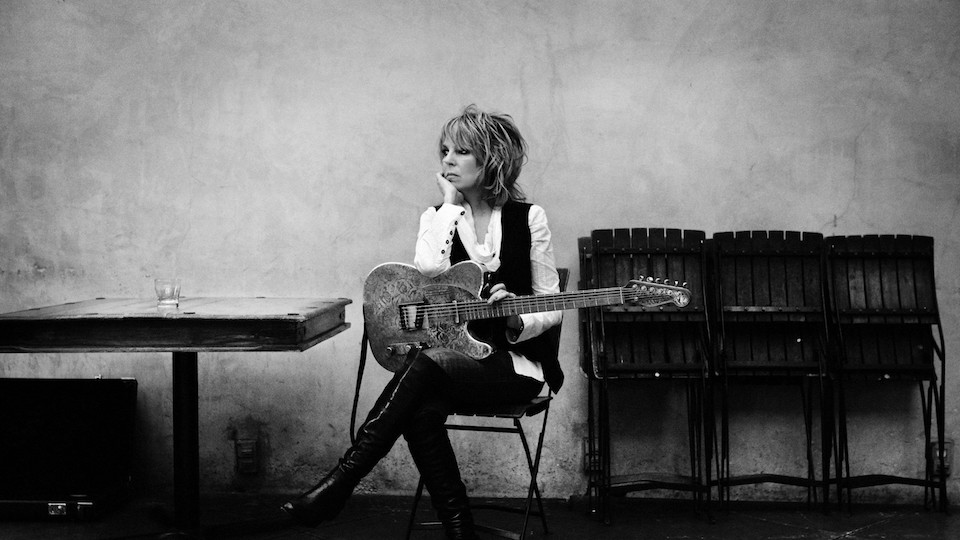 For the past 30 years, Lucinda Williams has channeled her perspective as a proud but vulnerable Southern female into a string of stellar albums, each of which weave rock, country, folk and blues so tightly that each of the elements seems to disappear. Lucinda Williams (1988) was her breakthrough disc, but her magnum opus, 1998’s Car Wheels on a Gravel Road, sealed the her reputation as a formidable singer-songwriter. Ruminating on disappointments, fretting over lost friends, and celebrating the subtlest of life’s joys, it was an obvious masterpiece that resounds with immediacy.

The daughter of a poet father (Miller Williams) who was both college professor and Hank Williams zealot, Williams grew up listening to classic country. She was born in Louisiana, but her family relocated several times during her childhood to spots across the South, as well as Mexico City and Santiago, Chile. At 16 she discovered the writing of Southern novelist Flannery O’Connor, whom she cites as a major influence on her songwriting. Williams attended college for a short time but dropped out in 1971 to devote herself to music.

Williams signed to the Folkways label in 1978 and released her first two albums without fanfare. Between 1980 and 1988 she worked a series of odd jobs, moving in mid-decade from Austin, Texas, to L.A., where she took voice lessons to learn how to sound like Joan Baez, and married and divorced Greg Sowders of the Long Ryders. Much of the biting material on her self-titled album for the Rough Trade label dealt with her marriage. The poignancy and catchiness of Lucinda Williams marked a key turning point in Williams’ career.

Rough Trade collapsed in 1991, and Chameleon released her 1992 album Sweet Old World. Relocating to Austin, then Nashville, Williams kept busy into the Nineties. In 1993 she contributed a track to Sweet Relief, the benefit album for singer Victoria Williams (no relation), who suffers from multiple sclerosis, and lent her signature vocals to “Reunion” on Jimmie Dale Gilmore’s Spinning Around the Sun. Williams’ songs have also been covered by others: Patty Loveless scored a Top Ten country hit with “The Night’s Too Long,” Mary-Chapin Carpenter recorded a Grammy-winning version of her “Passionate Kisses,” and Tom Petty’s recording of Williams’ “Change the Locks” appears on the soundtrack to the 1996 movie She’s the One.